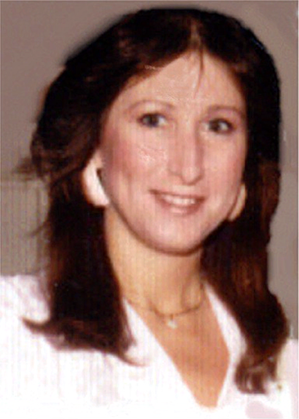 Sandy Ann (Cota) Hyatt passed away very suddenly & unexpectedly on the evening of Christmas Day December 25 th 2022, with loved ones beside her. Her death was from causes unrelated to the kidney transplant she received 17 years ago (2005).

Sandy was born in Eau Claire, Wisconsin on February 4th 1952, to George & Enid Cota. She attended St. James elementary, Central Junior High, & graduated from Regis High School in 1970.
At 5:30 pm on Saturday March 13th 1971 - Sandy met the boy who would fall deeply in love with her at first sight & love her forever. They were married at St. James in Eau Claire, WI on February 28th 1976.
Sandy & Robert Hyatt would remain forever "stuck on each other like glue" for nearly 52 years, as she gently & inexorably molded him toward becoming a man worthy of that kind of devotion, over their journey of 18,910 days together as one.

Robert moved to Madison, Wisconsin in July 1973 & Sandy joined him there a month later. They worked & loved together while Robert went to school for Architecture and eventually started a contracting business in 1981, which enabled Sandy to stay at home & raise their 2 young sons until they entered school. Sandy then attended Madison Area Technical College until she re-entered the work force at WMAD radio.

In July 1987 Sandy embarked on her final career move, joining the University of Wisconsin-Madison campus staff, where she met a multitude of students who were lucky enough to have been employed under her, & mentored by her, over the next 18 years she spent employed at Union South, Memorial Union, Radio Hall, & University Housing's Chadbourne Hall, Barnard Hall, and Eagle Heights.
Many, if not most of them, graduated & went on to impressive careers of their own in business and the sciences, perhaps in some small part because of the abiding interest Sandy took in their development. Sandy continued to stay in touch with many of them right up until her death.

Sandy had little formal education beyond high school but through intense immersion, her love of history, other cultures, old architecture, the arts, music, books, movies, culinary experimentation, vinophilia, a sometimes overabundant devotion to lobster tails - and having been raised in a family circle encompassing a plethora of European emigres - she became a quite worldly & cultured adult who fit into any social stratum.
From blue-collar to boardroom, penurious to prosperous, benighted to erudite - Sandy left those in her presence feeling comforted and welcomed at all times.
Yet, for all of Sandy's enlightenment, she was just as content to putter around the yard of her Monona home & enjoy the varied & abundant wildlife there. She was comfortable in any environment, whether sleeping in the cruiser's cuddy after a pleasant day of fishing on the the Madison lakes or attending upscale events at Madison's Edgewater Hotel & Monona Terrace, the West Point Club on the Hudson River in New York, the elegant Liberty House in New Jersey with its view of New York City's skyline, the ostentatious dining room at the Grand Hotel on Mackinac Island, or a simple downscale meander through museums & galleries all over the country.
Sandy was especially fond of Niagara Falls, Mackinac Island's Grand Hotel, her several companion rescue cats over the years, lobster tails, Green Bay Packers & NFL football, crafting, grilling out on her deck, & having picnic lunches beside many lakes, ponds, & rivers throughout her 70 years of vibrant living.

In the 1970s & 1980s life was not always easy in Madison but Sandy was a fighter, a determined woman who could hold her own no matter what life threw at her. Even more so, "Lady" - as she was affectionately called by her sons - was also the warmest, kindest, & most giving person you can imagine. She was always willing to spend her time helping others if they asked, even while health issues over the past 2 decades slowly drained her vitality.

Her forgiveness of those who wronged her was legendary but woe to them who threatened the tranquility of those she truly loved. Her love knew no bounds and her soul will be forever entwined with & cherished by those of us she left behind far too early. Sandy's life was a tremendous success as a mother, as a spouse & lover, as a mentor, & as a friend to others. She is no longer in pain and only the love & beautiful memories remain.

We will forever be left the poorer by her passing & our loss of her sparkling laughter at even the sorriest of our attempts to brighten her day.
We loved her, we will always love her.
May she find peace, comfort, & happiness, in knowing how greatly & deeply she was loved in return.

The services for Sandy have not yet been added. Please sign up below to be notified when the services are ready.

The attached photos are added to the memorial of Sandy Ann Hyatt to help share their legacy.

Thank you for sharing your memory of Sandy