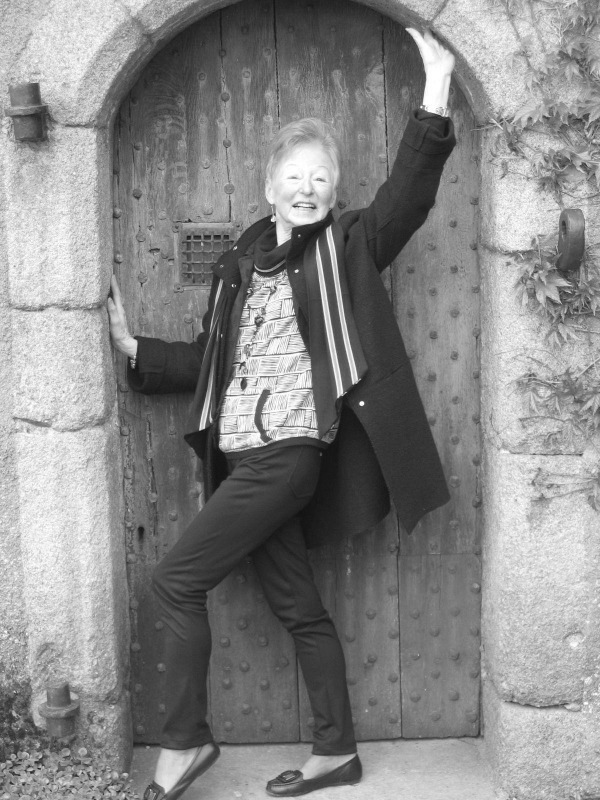 Gloria T. Hansen (nee Burnett), 88, Verona, Wisconsin, passed away peacefully on Monday, July 25, at UW Health University Hospital in Madison in the presence of her daughters. She was born on November 26, 1933, in Milwaukee County, Wisconsin, to the late Samuel and Mamie (Dowdy) Burnett. Gloria spent her childhood in the Milwaukee area and graduated from West Milwaukee High School. She married highschool sweetheart Richard "Dick" Hansen on July 12, 1952, and shortly thereafter they started a family. As Dick was promoted to various positions within the Wisconsin Telephone Company, the family moved from Brookfield to DePere and then to Middleton. While in Middleton, Gloria obtained her real estate sales license and became a sales agent for the Tamarack Trails condominium community.

Shortly before Dick's retirement from the phone company, Gloria and her friend and business partner, Adele Carley-Hake, bought and renovated the Cupola House, a national historic landmark in Egg Harbor in Door County, Wisconsin, built in 1871 by local mercantile pioneer Levi Thorp. The two converted the Cupola House into an iconic gift shop and art gallery. Later, Dick and Gloria added a cafe to the grounds, and then, in 1993, purchased the historic Eames House, moving it to the property and renovating it as their residence. The couple ran the Cupola House together until Dick's death in 2011. Gloria continued on until 2019 when she retired and returned to the Madison area.

A force to be reckoned with, Gloria made an impact on everyone she encountered. The product of a large family during the Great Depression, she always had her eye out for a bargain; she took much pride in creating a successful business and becoming a pillar of her community. She was very fond of the arts, enjoyed the theater immensely, painted beautiful watercolors, and lent her voice to her church choir. She was also keen to get involved in larger scale endeavors, such as starting Egg Harbor's annual Pumpkin Patch Festival and helping to organize events to commemorate the Christmas Tree Schooner. She accumulated many nicknames over the course of her storied life: Netty, G-Ma, Energizer Bunny, Comeback Kid, and Queen Netty (which quickly turned into Queen Nutty). A staunch believer in the importance of real estate, Gloria sought to instill the same in her family.

Gloria is survived by her daughter Judith Calcaterra (Robert) and their son Bryan (Paige Anderson); her daughter Patricia Brady (Lawrence) and their daughters April (Alireza Mashal), Anne (Daniel Clement), and Audra (Eric Nelessen with sons Olafur and Alyosha); and her sister Evelyn Kafura.

Preceding Gloria in death are her parents, her husband, her infant son Robert, her brothers James, Richard, and Edward, and her sisters Ellen, Helen, and Naomi. The family will hold a private memorial to celebrate her life on Friday, July 29. Gloria enjoyed the Peninsula Players Theatre (4351 Peninsula Players Road, Fish Creek, WI 54212) in Door County. In lieu of flowers, those who wish to honor her memory are encouraged to make a donation to this theater community.

PSALM 23
The LORD is my shepherd; I shall not want.
He maketh me to lie down in green pastures:
He leadeth me beside the still waters.
He restoreth my soul:
He leadeth me in the paths of righteousness for His name's sake.
Yea, though I walk through the valley of the shadow of death, I will fear no evil,
for thou art with with me; Thy rod and thy staff they comfort me.
Thou preparest a table before me in the presence of mine enemies:
Thou anointest my head with oil; my cup runneth over.
Surely goodness and mercy shall follow me all the days of my life:
And I will dwell in the house of the LORD forever.

The services for Gloria have not yet been added. Please sign up below to be notified when the services are ready.

The attached photos are added to the memorial of Gloria Tilmont Hansen to help share their legacy.

Thank you for sharing your memory of Gloria