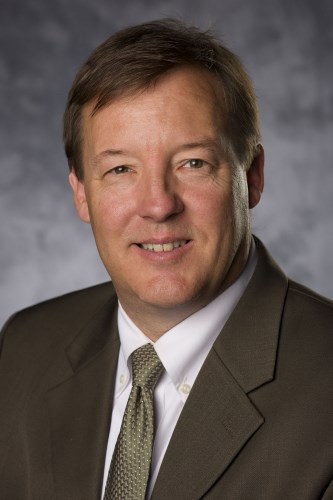 MADISON - Gene Purcell, a much beloved man of many interests, talents and dimensions, died on July 31, 2021, from injuries sustained in a motorcycle accident on July 27.

Gene was born July 10, 1960. He grew up in the La Crosse area and graduated from Cashton High School and UW-La Crosse.

Gene had a lifelong career in media, with more than 30 years in public broadcasting. At the time of his death, he was the director of Wisconsin Public Media, which includes Wisconsin Public Radio and PBS Wisconsin.

Gene was a reporter early in his career and was passionate about news and providing people with thorough, accurate and unbiased information. He had extremely high ethical standards that could not be compromised. He had recently been named board chair of the Wisconsin Center for Investigative Journalism.

His professional achievements have been outlined in recent news stories, so we'll use this space to describe the whole of the man.

Gene was extraordinarily talented mechanically. He was the guy to call if you need your transmission replaced or your timing belt changed. He had so many tools, including a computer to read those mysterious codes that your car gives you. He loved all of it and always wanted to know what made things tick.

Gene was one of the most intelligent people you will ever meet. A voracious reader, he had a vast knowledge base and was definitely the person you wanted on your trivia team. His wife, Ruth, has a story about being at work one day when the question came up of who the band Jethro Tull was named for. Ruth had only to call Gene, who had the answer immediately. Jethro Tull invented the seed drill, in case you're wondering. Gene would tell you that the seed drill allowed farmers to plant seeds at regular intervals rather than scattering them from a sack. He hopes that information will be useful to you someday.

He loved many genres of music and has an extensive collection of vinyl and CDs. The Purcells also have a working 1960s jukebox that plays 45s that they would listen to while playing pool in the basement. He played the electric guitar. During COVID, he was teaching Ruth to play bass. Thursday night was the night to jam in the basement. One of the first songs they played together was their song, "Just Like Heaven" by the Cure. Gene was an avid curler and especially enjoyed the camaraderie that goes along with the sport.

Gene and Ruth have been together for 34 years, married for the last 25. Friendship, love, mutual respect and humor were the foundations of their relationship. The love between them was deep and continued to grow and evolve.

More than anything else, Gene loved his family. Gene and Ruth did not have children, but have a large furry cat named Gizmo (aka "Little G") who is already showing signs of missing Gene terribly.

Gene was devoted to his mother, Antoinette "Toni," and although he lived more than 100 miles away, he worked hard to keep everything at her farm working. Toni is the source of so many wonderful things about Gene. They are both rock steady, extraordinarily kind, fearless, patient, hardworking and selfless. They have both always put others needs ahead of their own.

These qualities are manifested by his final gift of organ donation, a fitting end for his mortal life. Gene lived by a strong moral code that emphasized service. To be able to give the physical parts of his body to help others is consistent with the way that he lived his life and what he thought was good and true and right about being a human being.

Ruth is extraordinarily grateful to friends who supported her throughout this crisis: Jennifer and Sean Michael Dargan, who were there from the very beginning; Mary Schattenberg and niece, Jessica Hawley, MD, for their presence, love, support, expertise and canoeing acumen; and friends, Linda Kietzer and Paula Alt for the love, their shoulders to cry on and all of that food. The family also wishes to thank everyone at SSM Health St. Mary's Hospital, particularly the team in ICU, and the people at UW Organ and Tissue Donation.

He was preceded in death by his father, John; and Ruth's parents, Leo and Betty Sturm.

Two celebrations of Gene's life are planned. In Madison, the gathering will be Sunday, Aug. 29, from 2 p.m.-6 p.m. in the GREAT HALL of the Memorial Union on the UW Campus. There will be a reception from 2 p.m.-4 p.m., with a program at 4 p.m., followed by a musical performance by some of Gene's closest friends. In La Crosse the gathering will be Saturday, Sept. 4, from 2 p.m.-6 p.m. at the PUMP HOUSE REGIONAL ARTS CENTER, with a program at 4 p.m.

Gene was also very supportive of Ruth's volunteer work with sick, injured and orphaned wildlife. Memorial donations may be made to Dane County Humane Society, 5132 Voges Road, Madison, WI 53718 or at giveshelter.org. Please mention "Wildlife Center" in your donation.

You're invited to share your memories of Gene at www.informedchoicefunerals.com/obituaries.


In closing, Gene's colleague, Joe Hardtke, said it best: "Like radio waves, Gene's influence is always in the air, you just have to stop, listen and appreciate all the good feelings and wisdom he broadcasts every day."

I met Gene at WLSU. I was eager to volunteer and Gene was open and inviting - he set me up with some reel to reel archiving work and was ready to suggest ways I could grow my skills. I will always remember him cheery and clever, humble and gracious.

I met Gene many years ago while he and Ruth were still dating. I was always impressed with his unassuming, down to earth nature. He treated everyone with kindness and respect. He fit in with everyone, everywhere! He was rock steady, and never let the "little things" get to him.
The relationship that he had with Ruth was inspiring. It was so apparent how much they loved and respected each other. They were truly best friends.
Gene will be missed, but his memory and the example that he set for others will not be forgotten.

I got to know Gene years ago through our mutual friend Tim Viner and annual canoe trips. I fondly remember Gene's wit and humor, as well as his kindness. Sorry Gene for "being the bear in the camper" on one of those trips. Though we didn't stay in touch after he moved to Madison, I smiled every time I heard him on the radio. I am glad Gene was in my life. He was an incredible man and I will miss him.

A good man and a good friend. We will miss him.

The services for Gene have not yet been added. Please sign up below to be notified when the services are ready.

The attached photos are added to the memorial of Gene Purcell to help share their legacy.

Please help memorize Gene Purcell by recording your attendance below.

Thank you for sharing your memory of Gene