Marilyn B. Dickler Brown died peacefully in her sleep on April 15, 2021 at the age of 93, bringing a quiet end to a full life that began on the East Side of Manhattan and took her on a winding route to Long Island, Duluth, Madison, New York (again), Florida and finally back to Madison, where she lived for the last 12 years. Marilyn was born in New York on January 17, 1928, to Fay and Isaac Dickler. Several years later, the family moved to Long Island, where she completed high school. In 1946, she married Robert Cohn; the couple moved to Duluth, Bob's hometown, before settling in Madison, where he eventually became president of Master Furriers. There, they raised a family of three sons, Andrew, William and David. When she and Bob divorced, Marilyn returned to New York, where, during her second marriage, she deepened her avocation in home décor, even earning an Associate Degree from the New York School of Interior Design. When she met Bernard Brown, she met her full match in a marriage that only ended with Bernie's death in 1996. During these years, Marilyn and Bernie enjoyed travel, the company of friends and the diversions on offer in the city. After Bernie's passing, Marilyn decided to move to Boynton Beach, Florida, to be closer to her mother. She lived in Florida until 2009 when she decided to return to Madison, where she rejoined her sons, their families and many of her long-time friends, while adding a host of new ones. For ten years, she lived and entertained in her Monroe Commons condominium - an exemplar of understated elegance - before relocating to Capitol Lakes.
The recitation of these dry facts does little to convey how magnetic and engaging Marilyn was. Simultaneously radiant and down-to-earth, she rejoiced in boisterous company, good conversation on a wide variety of topics, fine food and wine, with a special and abiding affection for Russ & Daughters, whether in New York or delivered to Madison, good music, challenging books and unabashedly progressive politics. She was fiercely independent, made friends with striking ease, was always impeccably turned out, and borne by a great sense of humor, although she seldom suffered, gladly or otherwise, those she counted fools. While she may have regretted some decisions, she also accepted their consequences and sought the next challenge. Throughout, she was always identifiably and irrepressibly herself, unforgettable and already deeply missed.
Predeceased by her parents, Bernie and her son David, Marilyn leaves as survivors her brother Stewart Dickler (Honey), sons Andrew Cohn (Kim Vergeront) and William Cohn (Deborah), grandchildren Jamieson (Marianna), Matthew (Carrie), Nathaniel, Abigail (Matthew), and two great-grandchildren, Harper and Cyrus.
Please share your memories of Marilyn by posting Tributes.
Informed Choice Funeral & Cremation Alternatives
3325 E. Washington Avenue, Madison
(608) 249-6758

I have been doing Marilyn's nails for quite some time and I just loved her so much we had a lot of good conversations over the years, and I miss her more and more every day, Especially on Mondays You have told me several times that you were ready to go and now I hope you are at peace my friend...You will always be in my heart

The Goldenberg family has so many fond memories of Aunt Marilyn. Thinking of the Cohn’s at this very sad time.

i think of Marilyn so often as she was a wonderful neighbour in the apartment on 82 ST in NYC. Her apartment was the height of stylish to a youngster (20 years younger) like me. She taught me to love cooking and entertaining. She was a willing babysitter after our daughter, Sarah was born. She dressed me for fancy occasions by borrowing from all the neighbours which was a real bonding experience for all of us. I left feeling like Cinderella going to the grand Canadian ball. She made those years so happy for all of us. Sadly we had to leave her when our second daughter was born as the apt. was just too small.
i had an email of a joke just the week before she died and i know she was ready. i shall truly miss her but i have so many good memories that will always bring a smile to my face. My regret is that we never made it to Madison to visit her. We talked often over the years and i will miss the January birthday call.
Love you dear friend.
Don and Marjorie Lenz, Toronto, Canada

I just received a note from Marilyn in the mail yesterday, dated 4/12/21. That was a very special surprise.
She was very dear to us, and we loved her. What a woman. We will miss her dearly. 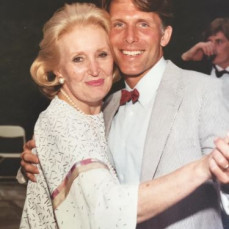 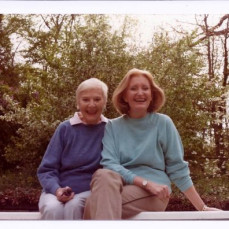 The services for Marilyn have not yet been added. Please sign up below to be notified when the services are ready.

The attached photos are added to the memorial of Marilyn B. Brown to help share their legacy.

Please help memorize Marilyn B. Brown by recording your attendance below.

Thank you for sharing your memory of Marilyn