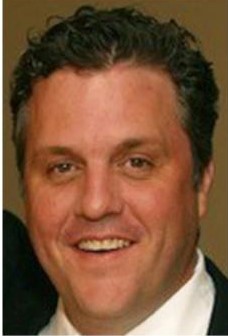 Peter William "Pepper" Stebbins, Jr., age 56, died on Feb. 23, 2021, at Cottages of Madison. Pepper was born in Media, Pa., on Aug. 19, 1964, the eldest child of Peter W. Stebbins, Sr. and Annette J. LeTendre Stebbins. He graduated from Kentucky Country Day School in Louisville, Ky., and attended Eastern Kentucky University in Richmond, Ky.
Pepper was always looking for adventure, which eventually took him to the city of Itacoatiara, Brazil in the Amazon. He submerged himself in the culture and learned Portuguese by watching English-dubbed movies. It is there that he met the love of his life, Joana. They married, started a family, and remained there until 2008 when he brought his family back to Madison, Wis. His greatest achievement was that of being a loving husband and father. He was committed to his family and they to him, which was demonstrated many times over as together they fought the effects of corticobasal degeneration.
Pepper was a voracious reader, enjoyed watching movies of all genres, and loved to fish. Regarding the latter, in 2013, Pepper was asked to participate in National Geographic's King Fishers, where three anglers competed against each other for the title of King Fisher.
Like his mother, Pepper was interested in acting. He was an accomplished thespian, comic, and improvisational actor. He performed with the Stagecoach Players, Happy Cadavers Band, Ark Theater, Actors Theater of Louisville, Act Now Productions, and Madison Comedy Club to name a few. He had an improv group, "Mixed Nuts", with an old dear childhood friend and is still remembered for his widely renowned spoof of the Indigo Girls called the "Indigo Guys". He was a great writer and creative soul. his work history included Raw Materials Manager for Carolina Industria, International Sales/Marketing Manager for Precious Woods Brazil, Director for Product Brazil International, and Founder/Co-Owner of Next Door Brewing, Co.
Pepper is survived by his wife, Joana Cancio; and two daughters, "The Doos", Sienna Summer and Jillian River; father, Peter (Anna) Stebbins, Sr.; brothers, Trevor Stebbins and his daughters, Lucy and Molly, and Matthew Stebbins (Jessica) and their daughter, Marion; mother-in-law, Dolores Cancio; brother-in-law, Joao Cancio Neto; sisters-in-law, Rosana Cancio, Rosimeire Cancio (Nadilson), Rosivalda Cancio, and Rosenira Cancio; aunt, Cheri Susnar; uncle, Don (Deven) LeTendre; and many dear cousins. He was preceded in death by his mother, Annette LeTendre-Stebbins; father-in-law, Joao Cancio; grandparents, Elizabeth and Don LeTendre and Dorothy and Walter Stebbins; and uncles, Byron "Tony" Stebbins and Robert Susnar.
We want to thank all of Pepper's friends who never forgot him when his health declined and he was no longer able to communicate. Your friendship and loyalty meant so much to Pepper and our family. A celebration of Pepper's life will be held at a later date. Donations may be made through Edvest for the Doos' education at www.ugift529.com. Please contact Trevor Stebbins for codes and details, trevor.stebbins@bankofsunprairie.com
Pepper, you loved people, family, life, and a good party. May you have Cremora walls blazing in your memory for eternity as a symbol of our love for you.

We're very sorry to hear of your loss. We lived next door to Annette and she was always excited to see her boys come home. Rest in peace.
Drew and Lolly Lawrence

Thank you, Pepper, for making my Junior year at KCD so enjoyable.

I knew Pepper from our days both in high school and at EKU. He always amazed me at his memorization skills as we ran lines for the multitude of plays he participated in during our four years at EKU. He wrote long letters about his trip to Europe the summer after our senior year of high school. He was funny, bright and always full of surprises. I know he will be most missed by his lovely family and Count myself privileged to have known him. I sincerely send my condolences.
Kirsten Leenerts Kissel

Stebbins family. Pepper influenced me in so many ways it’s hard to describe. There truly was no boring moment with him and his love of all things he happened to be doing that day was always at the forefront. We shared a love of travel and culture in Brazil and he even taught me about the strange life of Madison Wisconsin. I learned more about Brazil from Pepper in a week than several months of traveling on my own. I am positive anyone who ever met him left with a great feeling in their hearts and were forever grateful they got to know him. Pepper I will never forget you. May there always be a fresh beer on tap for you my friend. Jo, Jilly and Sienna your father lived his life to e very fullest and you can always be proud of him.

Connie and I got to know Pepper at Next Door Brewing and at House of Brews through Page Buchannon. He welcomed us immediately and we soon became friends. He was a good person and liked by all. We were so sad that he and his fantastic family had to go through his health trials. We will continue to recall fondly his many attributes and celebrate his life from where we now live in New Mexico. Pepper, you were a unique, fun, intelligent. loving person. Rest easy.

The services for Peter have not yet been added. Please sign up below to be notified when the services are ready.

The attached photos are added to the memorial of Peter William "Pepper" Stebbins, Jr. to help share their legacy.

Thank you for sharing your memory of Peter