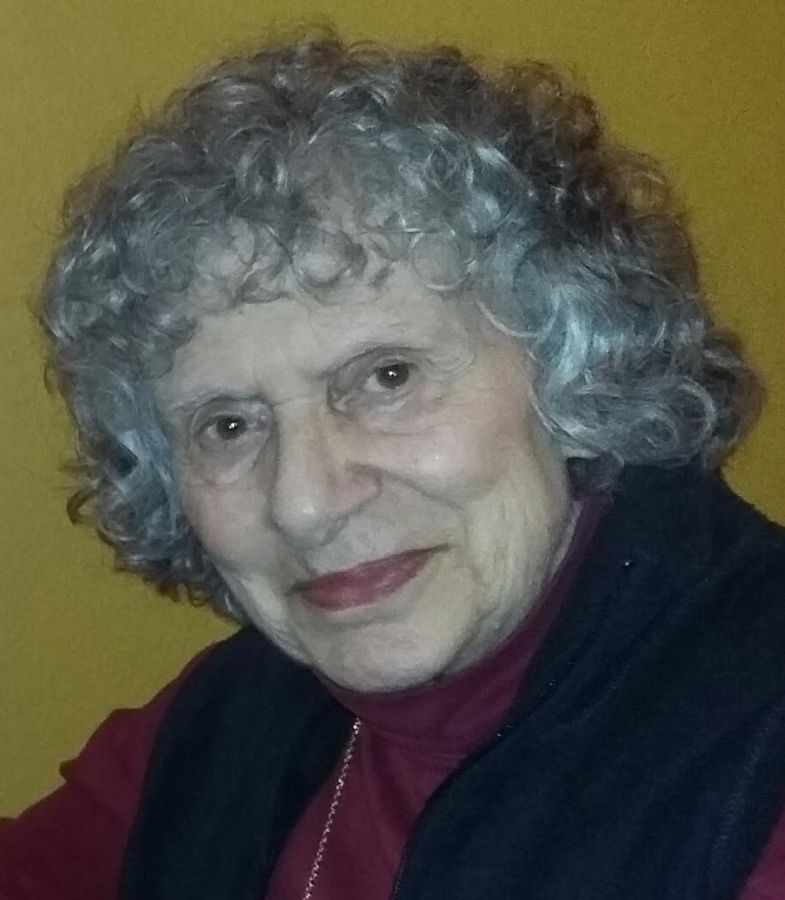 June Eleanor Hoffman Sherman 11/28/1928 - 09/01/2020
June Eleanor Hoffman Sherman was born in Chicago, Illinois. In 1930 her parents, Abraham Hoffman and Bessie Lazar Hoffman, moved to Menominee, Michigan. June grew up riding her bike everywhere, ice skating in the winter and swimming in the cold waters of Green Bay in the summer. In 1940 her family, now including twin brothers Rich and Ron, moved to Wausau, Wisconsin, where her sister, Susan, was born. June graduated high school in 1948 and entered the University of Wisconsin in Madison.
It was there, in the front row of an Anthropology class, that she met Seymour Schlosberg (later Sherman). They hit it off right away. June and Sy were married in New York City on June 27, 1950 in a simple, lunch hour ceremony at city hall. June always claimed the judge was a bit tipsy and forgot to have her repeat the vows. Despite that, they were married for 70 years.
They spent the first four years of their marriage in New York, living in veteran's housing while Sy went to law school at NYU and June worked at Wausau Mutual Insurance. Over the years they expanded their family with the addition of Paula, Bob, and Steve. Most of their married life was spent in the Chicago area, in Park Forest, Wilmette, and Northbrook. June always loved sports and was a good athlete. She taught all three of her kids how to hit, catch and throw a baseball, how to ice skate, and the fundamentals of football.
Their final move was made in 2001, when they decided to retire in Madison. June and Sy loved their years here and were active participants in PLATO classes. During her years in Wisconsin she became an avid fan of the Brewers, Packers, and Badgers. In 2012 they moved to Capitol Lakes Independent Living community, where she made many friends and greatly enjoyed living there.
For over 70 years June and Sy were best friends and always enjoyed each other's company. The magic never left their relationship.
June was a life-long learner. She was a bookworm who loved discussing books almost as much as reading them. She was thoroughly interested in meeting people and learning from them. Her opinions and beliefs were always open to change based on new ideas, but she always remained passionately liberal in her politics and outlook on life. She was a keen follower of current events but somehow was able to retain an optimistic view of the future. Her greatest regret when being diagnosed with cancer was that she would miss finding out what was going to happen next.
June was predeceased by her parents (Bessie Lazar Hoffman and Abraham Hoffman) and youngest son Steve Sherman. She is survived by her children Paula Sherman, Bob Sherman (Martha Hutchins Sherman), Steve's wife Kathleen Kinney, grandchildren Rachel Jensen, Alex Sherman, and Claire Sherman, siblings Ron Hoffman (Joanne), Rich Hoffman (Toby), Susan Ruud, and numerous nieces, nephews, cousins, and friends.
During her last year she was able to stay at home because of the services received from Agrace Hospice. Her Nurse Care Manager, Minako Voeltz, provided her with much support, care, and friendship. Because of Covid-19 there will be no service or memorial. In lieu of flowers, donations to Agrace Hospice can be made at https://www.agrace.org/donate/
She will be greatly missed.

June was a woman that through warmth to all she knew. I knew her a client in my hair salon and also the mother of my client /friend Paula. She was simply said, "the Best of the Best". A great sense of humor with a cute giggle. Rest in Peace June, you will be missed by all who knew you as you walk hand in hand with Sy starting your next adventure.

June was one of the nicest people I ever met. Her smile would light up the room and put you at ease. It was always a treat talking with her and she was always interested in what I had to say. She never failed to lift my spirits. June & Sy were wonderful people, parents and grandparents. They always treated me like family. I am forever grateful for their kindness and generosity. My sincere condolences to the family.

My deepest condolences to the family. June was such a precious jewel. Thanks so much for allowing me to care for her and Sy! Nothing but good times and great memories were made in the short time we knew each other! Rest well my special friend! This world needs more people like her💕

Paula, Bob and family...Our deepest condolences to you....She was my sister, my Big sister, and I loved her for all the things a big sister can be for a younger brother...I looked up to her, admired her...She was smart, witty, sincere, friendly, a reader, and a mentor to me in so many ways....Now she is at peace with the love of her life(Sy), and my wife(Joanne) and I are happy for them...I will miss her but have so many good memories to reflect on...That is her legacy to me and I will cherish them always...All our best to the Sherman family...Ron and Joanne Hoffman

My mom; so much of who I am is from her. I'll miss her forever.

My mom loved words - both written and spoken, and was a nonpareil practitioner of the latter. I think that social interaction, meeting people, and talking were as important to her as food and water. She was one of those people who would strike up long-involved conversations with strangers (not always her choice - she seemed to attract people who wanted to share their life stories!) Anyway - she was a force of nature, and it's going to be a very different world for those of us who loved her. I'll miss you mom!

Her smile could brighten any day.

My big sister June. How will I live without talking to you everyday, confiding in you, and treasuring your advice. Although we were not close in years, we were very close in heart. I love you, Best Sister Ever. You will live in my heart always. 💕 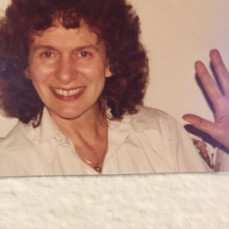 The services for June have not yet been added. Please sign up below to be notified when the services are ready.

The attached photos are added to the memorial of June Sherman to help share their legacy.

Please help memorize June Sherman by recording your attendance below.

Thank you for sharing your memory of June