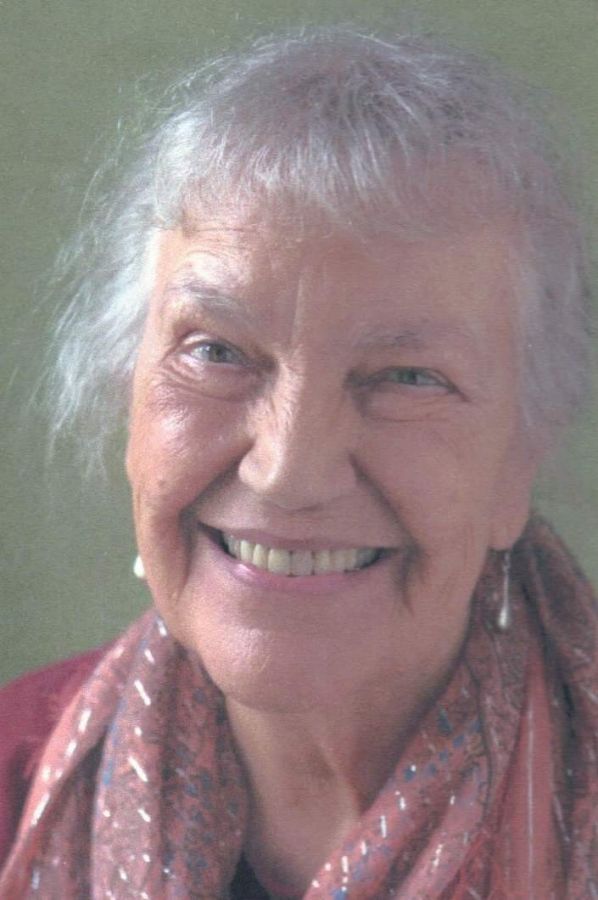 Madison- Deborah C. Thomas of Madison, WI passed away peacefully on Wednesday, November 6th, 2019 at UnityPoint Meriter Hospital after suffering a brief illness. She was born on February 12th, 1928 in Winona, MN, the youngest child of Charles A. Choate and Adele C. (Snyder Harris). She grew up in Winona dancing, and working in the family business, H. Choate and Company which began as a dry goods store and later evolving into one of the premier places to shop in the Midwest. After her high school years at Chatham Hall in VA, she went on to earn a B.A in Dance from Sarah Lawrence College in 1949, and her M.A. in Dance from Mills College in 1950. During the 50's she taught at UCLA, danced and choreographed professionally in New York, Ohio, and even danced in the Josephine Baker Show in Paris, France where she lived for a few years. In 1960 she studied Dance Therapy with Marian Chace, a pioneer in the field, and went on to help co-found the American Dance Therapy Association (ADTA). In the 60's she worked as a Dance Therapist at Belleview Psychiatric Hospital in New York City, a job she loved and talked about fondly over the years. In 1962 she was united in marriage to Paul C. Thomas, an actor and mathematician. They welcomed 2 children, a daughter Ljuba (Lubna) in 1965, and a son, Jason (Zivu) in 1967. They left New York in 1968 and settled in Tucson, AZ where Paul worked as a director, producer and actor. After their divorce in 1970, Debby and the kids moved to Berkeley, CA for a few years, then in 1974, she accepted a position at the University of WI, Madison, in the dance department where she worked until 1982. She then went on to create a non-profit organization, Hancock Center for Movement Arts and Therapies, which she hoped would spread the benefits of Dance/Movement Therapy to the Madison community and beyond. She served as the Executive Director for many years before her retirement. She had a passion for learning and teaching all her life and in 1997 completed her Ph.D. in Clinical Psychology from Pacifica Graduate Institute in CA. In 2001 she was given the Athena award for her dedication to helping women in business and community and was honored with the Lifetime Achievement Award from the ADTA at their annual conference in 2017. Her love of music was insatiable. Over the years she sang in many local choral groups, took piano and voice lessons, and went to, and performed in, countless concerts. Debby is survived by her daughter, Lubna (AKA Ljuba)(Tony) Azad, grandchildren, Tyler (Kalynn) Krueger, Kayla (Jason) Retzlaff, Saima Azad, step grandchildren Amie and Andrew Azad, surrogate grandchildren, Keri, Bill, Chris and Noelle Kornblum, 2 great granddaughters, Madison and Nova, 1 surrogate great granddaughter Bethany, nieces Peggy and Susan, nephew Joe and their families, and dear friends Rena, Joe and Dori. She was preceded in death by her parents and her siblings, Harris Choate, Rebecca Garland and Sarah Hannah, and her son Jason Zivu Thomas in 2010. Her legacy will be felt in the local community and beyond for years to come with her generous financial support of many non-profit community and global organizations. Those wishing to honor her with a charitable gift are invited to donate to the Marian Chace Foundation, the Madison Community Foundation, Performing Ourselves, or any organization that supports the arts, music or community. The family would like to express deep gratitude to the amazing caregivers, nurses and doctors at UnityPoint Meriter and Capitol Lakes where she lived for the last 12 years. A celebration of life will be held on Sunday, December 1, 2019 from 3-6pm at the Goodman Community Center, 214 Waubesa St. in Madison. Please share your memories of Debby by posting Tributes.

I will always treasure our many years of making music together! Often, our weekly rehearsals would end with lively and enriching conversations going far beyond the music we had just rehearsed. I feel so fortunate to have had Debby as a friend and fellow musician in my life.

I will forever have fond memories of being a fellow student in Marian Chace's course,
and Debby hosting meetings in a NYC apartment where the seeds of ADTA were being worked on. To this day when I drive by that apartment building ( fairly often throughout these many years), I smile and think of Debby.

I sang with Debby in the Philharmonic Chorus of Madison in 1986-87, and was lucky enough to be part of an alto quartet with her. Her musicianship was a delight! 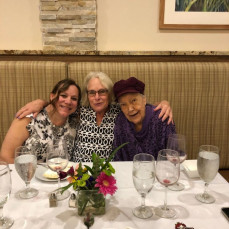 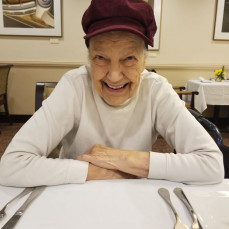 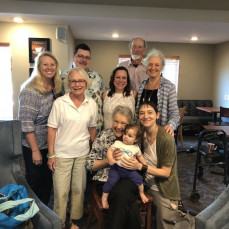 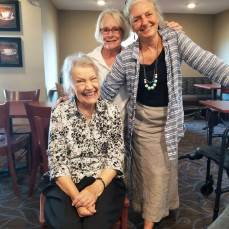 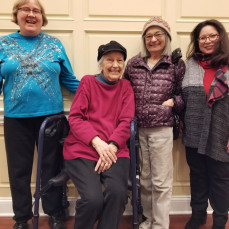 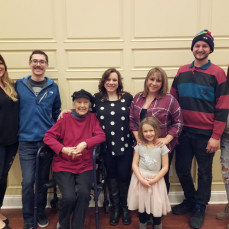 The services for Deborah "Debby" have not yet been added. Please sign up below to be notified when the services are ready.

The attached photos are added to the memorial of Deborah "Debby" Thomas to help share their legacy.

Thank you for sharing your memory of Deborah "Debby"