Marjorie Duescher Biancardi left this life on August 23, 2019 at Oakwood Village Retirement Community in Madison WI. She was 98. A caring, considerate wife, mother, friend, and volunteer, she will be missed by all who knew her. Marjorie Harmie Duescher was born October 2, 1920 in Winneconne, Wisconsin to Albert Duescher and Irene Martin Duescher. She grew up in Birnamwood, Wisconsin, helped in her father's drug store, and attended the Wisconsin Teachers College at Stout and Miss Brown's Secretarial School in Milwaukee. She worked for the Westinghouse Corporation in Milwaukee prior to and just following her marriage. Marjorie and Michael F. Biancardi were married in St. Sebastian's Catholic Church in Milwaukee on July 29, 1944 and remained married until separated by death. They raised three children and enjoyed travel and winters in the Hill Country of Texas later in life. She became a fulltime homemaker upon the birth of their first child and remained so until all her children were grown. She managed the household, finances, and family activities expertly, and supported Mike's many professional pursuits during his entire career. Marj and Mike lived in the Milwaukee area from the time of their marriage until 1969, when they relocated to Wausau, Wisconsin. Marj was a volunteer at Wausau Hospital for many years, an active member and lay minister of St. James Catholic Church, a member of the Women's Club and the YWCA in Wausau, and a member of the College of the Emeriti learning society at the University of Wisconsin Marathon County Campus. Marj and Mike moved to Oakwood Village Retirement Community in Madison, Wisconsin in late 2003, close to two of their children, where excellent care was available for Mike's declining health. She took part in many Oakwood programs, made new friends, and volunteered in the community grocery. Her interests included swimming, yoga, theater, travel, playing cards and scrabble, and socializing with family and old friends. Marj was preceded in death by Mike; her brother Herbert Duescher, and her sister Ruth McKellep. She is survived by her children, Stephen Biancardi of Madison, John Biancardi (Jennifer) of Houston and New Braunfels, Texas, and Lynne Biancardi Judd (Roth) of Madison, a granddaughter, Olivia Biancardi Judd of Madison, one sister, Lorraine Olingy of Honolulu, Hawaii, and many nieces and nephews. A family gathering of remembrance and celebration will be held at a later date. Her ashes will rest at Forest Cemetery in Birnamwood, Wisconsin, where her parents and Mike are buried. Memorials may be made to the Salvation Army or the YWCA.
Please share your memories of Marjorie by posting Tributes. 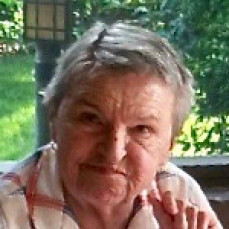 The services for Marjorie have not yet been added. Please sign up below to be notified when the services are ready.

The attached photos are added to the memorial of Marjorie D. Biancardi to help share their legacy.

Thank you for sharing your memory of Marjorie

Share on Facebook
No thanks. Go back to obituary.
Local, family-owned funeral and cremation alternative serving Madison and Dane County, Wisconsin since 2000.
Marjorie D. Biancardi Obituary |